I'm On The Radio!

[Description] Please join me and Maggs Malone on my premiere guest appearance on Storm Nights With Maggs Malone, KQCX.com radio, as Maggs and I talk about Inspiration - who inspires you and me and how to find inspiration in your own life. This is a call-in show so please do join us for questions and comments. Show will air 6-10pm on Friday February 15th and will be pre-recorded same day from 1-5, so make a fast phone call in the afternoon and share in the fun, 602-904-KQCX (5729). This station does stream worldwide on KQCX.com so please do share with everyone you know.
Posted by Marcia Mauskopf at 1:00 PM No comments: 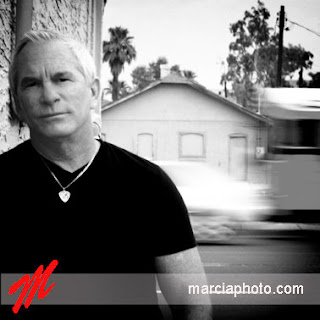 I am instituting a new program, Pay It Forward Headshots. Around once a month I will randomly announce that it is Pay It Forward Day. I will do my part to Pay It Forward by offering a free Premiere Headshot Session ($400 value) to the person who, in 50 words or less, will tell me how they will accept the session and then pay it forward to someone else. I'm not looking for equivalent monetary value, but kindness value. So tell me what you would do to help the next person down the line when I help you with this. Make it BIG, make it SMALL, but above all make it kind and of value. The person who gives me the answer that most touches my heart gets the session.

Posted by Marcia Mauskopf at 11:13 AM No comments:

Highway 90, Mobile Alabama.. a five year old stands on the bar of Johnny's Truck Stop and lip syncs to Elvis for food and tips. Fast forward 60 years and a grown up Michael Harrelson is a seasoned actor and producer.

I had the honor of creating new head shots for Michael recently and was treated to a couple hours of singing, laughing and stories of old Hollywood and golden times of Phoenix film making. In between the laughter we created a portfolio showing the many moods that only years of experience can provide.

Michael has performed in over 30 films and produced two. His latest work is currently in post production, in the TV series, Dead Men.
Posted by Marcia Mauskopf at 4:48 PM No comments:

Sign Up for Special Offers, Contests and Other Fun Stuff!